Advertise on this site?

Advertising opportunities on Ebola Virus Net include standard size banners as well as text ads. Click here for more information about advertising.
You can also make a donation by PayPal and support the Ebola Virus Net website.

The spread of Ebola between people occurs only by direct contact with the blood or body fluids of a person after symptoms have developed. Airborne transmission has not been documented during EVD outbreaks. Spread by water or food other than bushmeat has also not been observed, nor has spread by mosquitos or other insects.


Body fluids that may contain ebolaviruses include saliva, mucus, vomit, feces, sweat, tears, breast milk, urine, and semen. The WHO states that only people who are very sick are able to spread Ebola in saliva, and whole virus has not been transmitted through sweat. Most people spread the virus through blood, feces, and vomit. Entry points include the nose, mouth, eyes, or open wounds, cuts and abrasions. Contact with objects contaminated by the virus, particularly needles and syringes, may also transmit the infection. The virus is able to survive on objects for a few hours in a dried state and can survive for a few days within body fluids. Ebola virus may be able to persist in the semen of survivors for up to seven weeks after recovery, which could give rise to infections via sexual intercourse. Otherwise, people who have recovered are not infectious. The potential for widespread infections in countries with medical systems capable of observing correct medical isolation procedures is considered low. Usually when someone has symptoms, they are sufficiently unwell that they are unable to travel without assistance.

Dead bodies remain infectious, thus people who engage in practices ranging from traditional burial rituals to more modern processes such as embalming are at risk. Nearly two thirds of the cases of Ebola infections in Guinea during the 2014 outbreak are believed to have been contracted via unprotected (or unsuitably protected) contact with infected corpses during certain Guinean burial rituals.

First infection
While it is not entirely clear how Ebola initially spreads from animals to humans, it is believed to involve direct contact with an infected wild animal or fruit bat. Wild animals other than bats capable of being infected include: a number of monkey species, chimpanzees, gorillas, baboons and duikers.In Africa, wild animals including fruit bats are hunted for food and are referred to as bushmeat. Animals may become infected when they eat fruit already partially eaten by bats carrying the virus. Evidence indicates that both domestic dog and pigs can also be infected with ebola viruses. Dogs do not appear to develop symptoms when they carry the virus, while pigs appear to be able to transmit the virus to at least some primates. Although a proportion of dogs acquired antibodies to EBOV in an area with a human outbreak, it is unclear if these animals play a role in spreading the disease to people. 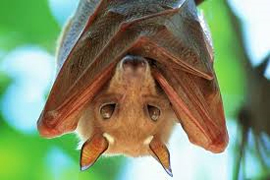 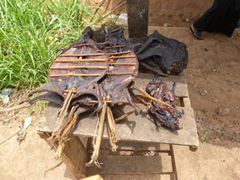 Figure 2. Bats and infected bushmeat are considered as the most likely reservoir for ebola.


Reservoir
The natural reservoir for Ebola has yet to be confirmed; however, bats are considered to be the most likely candidate. Three types of fruit bats have been found to possibly carry the virus without getting sick. Whether or not other animals are involved in its spread is not known as of 2013. Bats were known to reside in the cotton factory in which the first cases of the 1976 and 1979 outbreaks were observed, and they have also been implicated in Marburg virus infections in 1975 and 1980. Of 24 plant species and 19 vertebrate species experimentally inoculated with EBOV, only bats became infected. The bats displayed no clinical signs and is evidence that these bats are a reservoir species of the virus. In a 2002–2003 survey of 1,030 animals including 679 bats from Gabon and the Republic of the Congo, 13 fruit bats were found to contain EBOV RNA fragments. Antibodies against Zaire and Reston viruses have been found in fruit bats in Bangladesh, thus identifying potential virus hosts and signs of the filoviruses in Asia.